Okay, today has been a challenge. To begin, Dobby is still resting comfortably and we will be going to the vet at 16:00. He has an ankle ouchie and whimper-cried all night which caused me and Darrin to basically worry and pet him all night until Darrin grabbed a couple hours of sleep in the recliner. All basic functions are in good shape, no overt injury, and  continues to eat, drink, and eliminate normally. If he were still crying we would have left already.

So, what you may not know is that Senõr Dobby serves a *very* important function during yard play time known as, “no-one can be bored or I tackle them.” Having the Dobinator around reduced fence breakthrough attempts by Ms. DumpyTruck Ziesa by 100%. Well, while I evaluated the Dobster, Ms. Ziesa & Ms. Piper went on an adventure! (Thankfully, Mr. SamSam & Mr. Humphrey stayed in the yard!) Their doggie adventure led Ms. Piper to a treasured resource beloved by many dogs, the glorious HORSIE POOP! Remember, it’s both a perfume AND a snack! *deep sigh*

To be fair to Ms. Ziesa, she either did not make it all the way to the horsie poop or, if she did, she chose not to partake. On the other hand, Ms. Piper apparently indulged herself by diving into, rolling around in, and maybe even performing a little dance of joy upon that frangrant pile of treasure and she was so very *proud* of her new scent.

When I put her into the shower (giving her a 2nd bath in 12 hours, btw) I looked up and saw the shower head is completely broken off at the threads. **blinks stupidly** okay, that’s new.

I used the handheld hose and now she smells less like horsie and more like green tea & bergamot. Conversely the bathroom smells a bit horsie.

Today, has been a day. 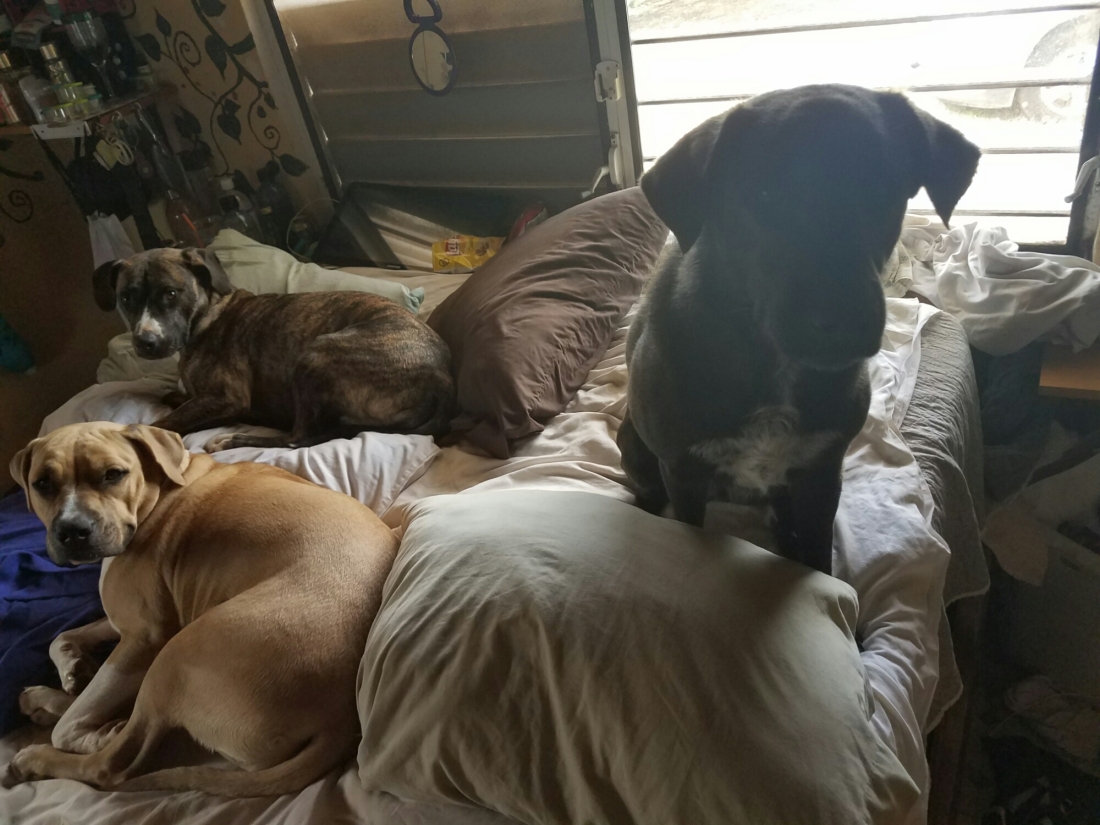 View all posts by H